Helping Debtors Get Rid of Debt 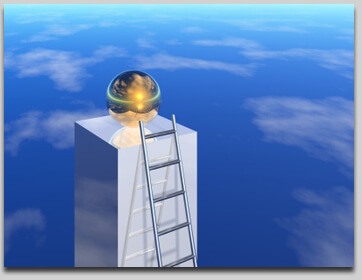 This is the brass ring of the bankruptcy process for the debtor. No matter how hopeless you thought your situation was before filing bankruptcy, when this order gets entered you are rid of tens of thousands if not hundreds of thousands of dollars of debts. This is why our clients hire us and we discharge millions of dollars of debt every year. In many cases the debt relief my clients get on its face is more than my clients earn in a year. Moreover, it is often high interest bearing debt in addition to its face value.

While the discharge applies to regular contractual loans such as credit card debt, there are certain debts that are not dischargeable.

In addition to the most relevant exceptions to discharge above, all of which can be found in 11 U.S.C. § 523, there can be grounds for the full denial of the discharge, not just individual debts, under 11 U.S.C. § 727. Those are for very egregious acts before or after you’ve filed bankruptcy. Bernie Madoff, for example, would probably be denied a discharge because he was so fundamentally dishonest. Anyone who fails to cooperate in a bankruptcy may be subject to denial of the discharge or even revocation after they have one. However, if you are a regular honest debtor then this is not even remotely a concern.

In a Chapter 7 the discharge order comes within four to six months of filing the case. In a Chapter 13 case the discharge is entered about six months after you’ve made your last payment under the plan. The discharge order does not specifically mention your debts and which are discharged and which are not. It is just a standard form, and your attorney will give you guidance on which debts were discharged or not. Most of the time it is pretty simple for you and your creditors to figure out which debts were discharged without any legal opinions. In tax dischargeability, for example, it is more complicated and you will probably need a legal opinion before you file your case as to which taxes may be dischargeable.

The discharge order is very valuable, and creditors have been known to fight it. That is usually when there is a lawsuit before the bankruptcy case is filed, and it is a personal beef, not just a credit card collection matter. Our offices have been involved in several of these suits and have resolved all of them.

The discharge order only affects your personal liability on a debt. So if you’ve pledged something as collateral for a debt, such as the mortgage on your house or the loan on your car you still have to deal with the creditor’s collateral rights to that thing, even though you personally do not owe that debt anymore. How to deal with creditors rights to things such as cars, jewelry and electronics is a different topic on reaffirmation, redemption and surrender. We deal with that with our clients in great depth after they retain our firm.

For decades, Mr. Lever has dedicated his legal career entirely to helping individuals and families get out of debt. His focus on and proven track record in bankruptcy law makes him a formidable opponent for creditors, and a trusted advocate and advisor for clients. Find out how he is qualified to help you.

LeverLaw's Focus is on You Together We Can Change Your Life